Finally, after a split of 12-years this Hollywood couple reuniting and they are none other than our favorite celebrity Brad Pitt and Jennifer Anniston on Jimmy Kimmel Live.

Jennifer Aniston and Brad Pitt have not been seen together after their split of 12 years (the couple split in 2005) for a joint interview.

The live episode of Jimmy Kimmel show will be going to be historic.

As per the press media,” Brad & Jen Back Together! Pitt & Aniston to meet up in TV Tell-All.”

According to the close friend, Jimmy made a plan, he “sent a message to Brad that he’s a welcome presence at the show, even just to hang out in the bar area backstage and schmooze.”

As per the insider, “Brad is a priority for Jimmy. He wants his show to be Brad’s first stop from now on.”

The insider further added, “Jimmy thinks he can make this happen. He’s really tight with Jen and she trusts him.”

However, as per some other sources, all the information considered to be wrong a big disappointment for the Brad-Jen fans.

It is being said that no such thing planned by the channel and the Jimmy show.

The sources revealed that they approached close inside of Pitt and confirmed, “no one from the talk show has approached him with such a proposal.”

The possibility of Brad and Jen reunion on the work front.

Jen and Pitt going to be together on the live show for some interview talk.

Stories of couple reunion believed to be wrong as per the close sources of Pitt.

If some miracle happens only then a reunion of the couple could happen.

We hope this post is informative for you, so visit again to our website insiderhuman.com for more and latest updates. 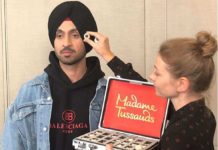