This singer, songwriter, and performer who has taken the music industry to new heights is none other than our own Gulabi Queen Jasmine Sandlas.

She sings both Bollywood and Punjabi songs, she is an Independent Artist. When Jasmine was 13-year-old she migrated to California with her family, Sandlas started writing songs just at the age of 16.

The singer pursued her schooling and college from the US.

From a very young age Jasmine was aspired to become a singer, in the beginning, she was inspired by the Western Coast Music.

During her school days, Sandlas participated in numbers of song competitions and then she got influenced by the Punjabi folk singer.

Sandals started her music career with the song “Muskan” (2008), a romantic R&B song which became the hit number.

Her first song as a songwriter was ‘Adhi Rati’ which was later released as her first solo debut album ‘Gulabi.’

‘Gulabi’ album produced by Bohemia and released by Sony Music Company in October 2012.

Her unique voice and vocal power helped her to gain fame in the Indian Music Industry.

The song “Yaar Na Miley” went viral and marked the record, also Sandlas was honored with many awards.

However, the singer has also received critical acclaim for her singing style.

Gradually she earned more fame and success with the top charted songs of Hindi Cinema, “Ishq Da Sutta” and “Raat Jashn Di” from the movies One Night Stand and Zorawar (Punjabi movie) respectively.

Her Contribution Other than Music

In 2016, Jasmine Sandlas was featured on TV series ‘Angels of Rock’ by MTV India, on the small screen, the theme was based on women empowerment.

She was also featured on a number of platforms like TEDx Talks, Spoken Word platforms, and MTV Coke Studio.

Our Gulabi Queen is very attached to her family living in Stockton, California.

In spite of, such a hectic schedule and several music assignments in India, she always takes out time for her family.

Jasmine is accompanied 24*7 by her younger sister Roseleen Sandals and she enjoys to being her accompany.

The singer always spare time for her best friend Rabia Khan (not less than her family) whenever she visits the US.

Her favorite place in California is Starbucks Coffee where she loves to have morning coffee.

She is very down-to-earth, hardworking, passionate, chilled out, and kind.

Jasmine believes ‘your body is your God’ and to be fit and fine,  she hit the gym almost every day and follows a healthy diet plan.

Gulabi Queen Jasmine Sandlas is very active on social media and she has a huge fan following.

Most of the day, Jasmine is active on Snapchat #GulabiQueen, she tries to keep her fans updated on her day-to-day life and ongoing projects.

On Instagram, she has 437k followers, 474K likes on her Facebook official page, 135K followers on tweeter.

In 2017, several hit numbers of Jasmine Sandlas were released such as Punjabi Mutiyara with 5 Million views on Youtube, Bomb Jatt alongside Amrit Maan with 4.1 Million views, Laddu alongside Garry Sandhu, and Party Nonstop.

Some other songs which were released are Brake’an Fail from the movie Machine, Baby Besharam from Naam Shabana, Rratthaalu from Khaidi no. 150.

Recently, her Vechari song has been released and got very popular and has 3,412,508 views on Youtube.

During her career, she was honored with several awards, Screen Award for Best Female Playback and “Most popular song of the year 2016 – PTC Punjabi Film Awards”

What is she up to Currently?

Currently, Jasmine is gearing up for the launch of her upcoming song ‘LV Di Jean’ launched today i.e. on 23 Aug, opposite Preet Hundal and Garry Sandhu.
Jasmine Sandlas is currently engaged in some other projects as well and she has many Live stage Performances in the upcoming months

Jasmine’s future aim is to make great music by maintaining quality for which she is known for so that her music can last forever.  Other than solo numbers, she has few Bollywood projects that are to be done in the future.

We hope you enjoyed reading about Jasmine Sandlas, we wish her good luck for her upcoming project.

So, visit again to our website www.insidehumans.com for more and latest updates. 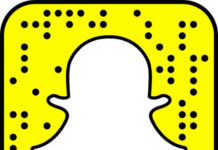